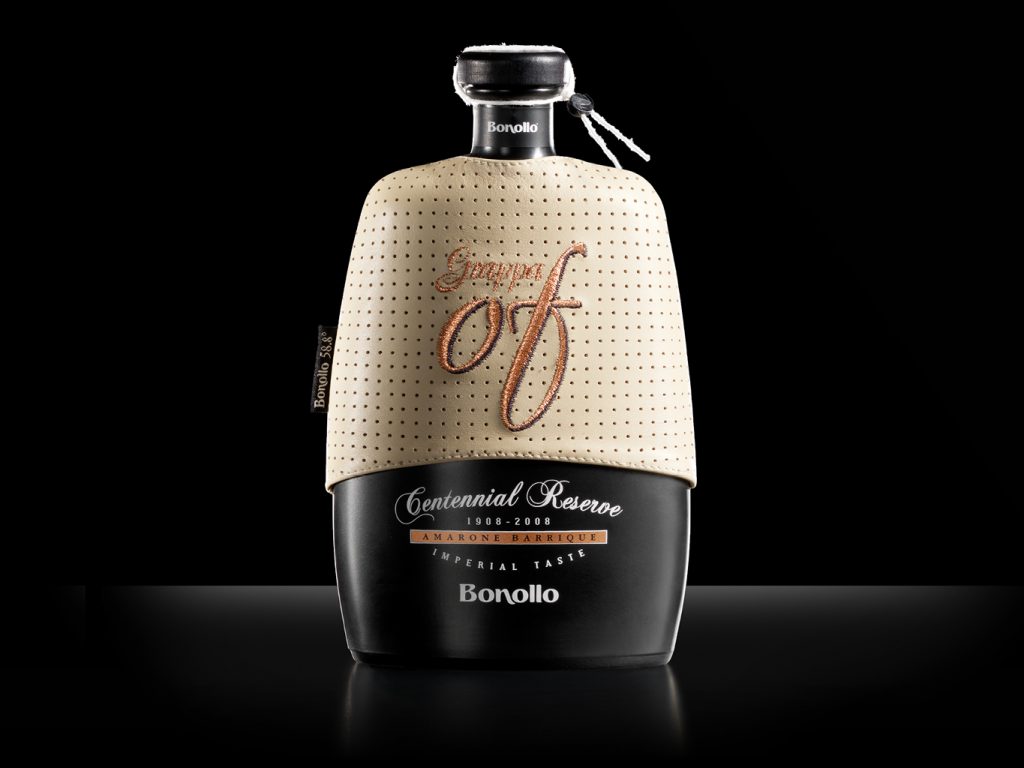 Centennial Reserve Of Amarone Barrique, Imperial Taste, was conceived on the 100th anniversary of the family business as a masterpiece of aromatic intensity, worthy of the Bonollo tradition with its passion and capacity for innovation.

Thus a new, entirely captivating sensory experience was born, designed for the most demanding connoisseurs particularly interested in discovering intense, enthralling sensations. It is made from a selection of the best marc parcel intended for the production of Amarone grappa. Distillation is done in discontinuous stills in accordance with the Sistema Unico Bonollo, with the aim of making a grappa so special it astounds with its strength and aromatic intensity and  its delicateness. Ageing occurs in special French oak casks in which the grappa matures slowly into a very fine reserve.

This website uses cookies to improve your browsing experience. Essential cookies are stored on your browser as they are necessary in order to operate the website’s basic functions. We also use third-party cookies that help us analyse and understand how you use this website. These cookies will only be stored on your browser with your consent. Should you require, you can disable them at a later date. Disabling some of these cookies may affect your browsing experience.
Necessario Sempre attivato